For planning purposes, here is the tournament matrix for CHC State Tournaments

The Central Capitals Pee Wee AA team are the Pics Fall Classic champions!  After going 2-1 in the preliminary round, they avenged their only tournament loss by beating the Springfield Jr Thunderbirds 5-2 in the semifinals to advance to the championship game where they would face their EJ rival the Springfield Aces. The championship game started off on a good note with goals from Braden Linskey, Luke and Max DeFilio. The Aces hung in there, scoring on a powerplay goal and another goal to narrow the score but the Capitals were too much for the Aces, scoring three straight to put the game out of reach, ultimately winning 6-4. Nate Gaydos blasted a slapshot for a goal and Braden Smith scored on a rebound but it was the back breaking powerplay goal by Linskey with 0:01 on the clock in the 2nd period that powered the victory.

Congratulations to players and coaches

Once again our annual pond hockey turkey shootout was a huge success.  Over 150 current and former CCYHA players participated in our 10th annual event. This event was the idea of CCYHA VP of Development and Coaching Director, Doug Partridge, 10 years ago and has continued to be a special event. Thank you to Doug for not only all you did this year to make this event a success but everything for the past 10 year.

The night kicked off with all participants being given a special 10th Anniversary t-shirt. We had this idea of giving out t-shirts on the Friday before the pond hockey event. Within a few hours, Dan Bush and his Hamden Sports (ProShop at Newington) team, designed a logo, put in an order for t-shirts and ordered the logo's to press. They worked feverishly on Monday and Tuesday to get all the t-shirts ready for us. Thank you to Dan and his entire team!!!!

Champions were crowned throughout the evening and smiles were aplenty. 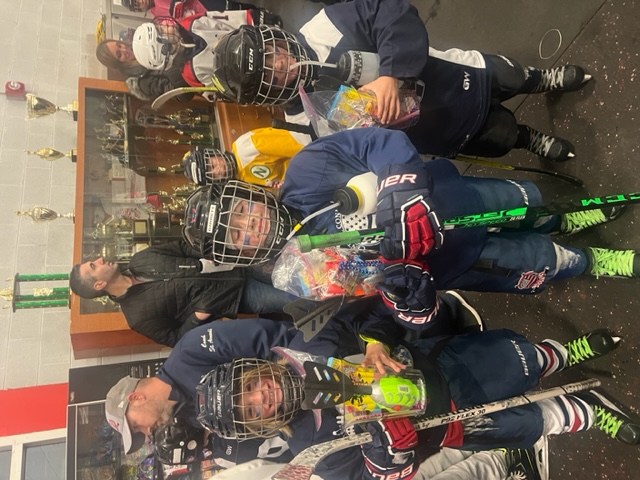 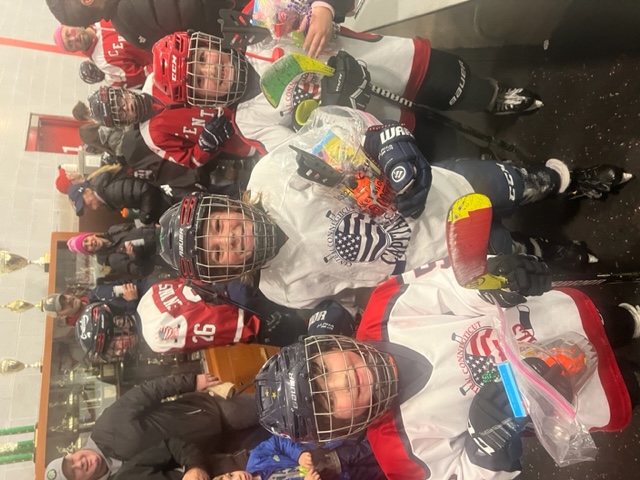 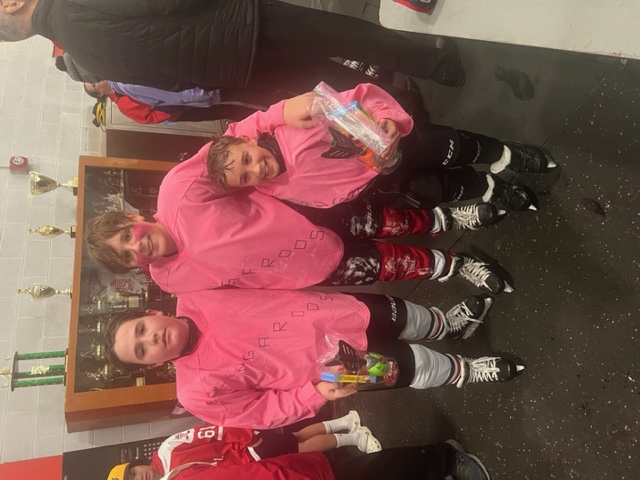 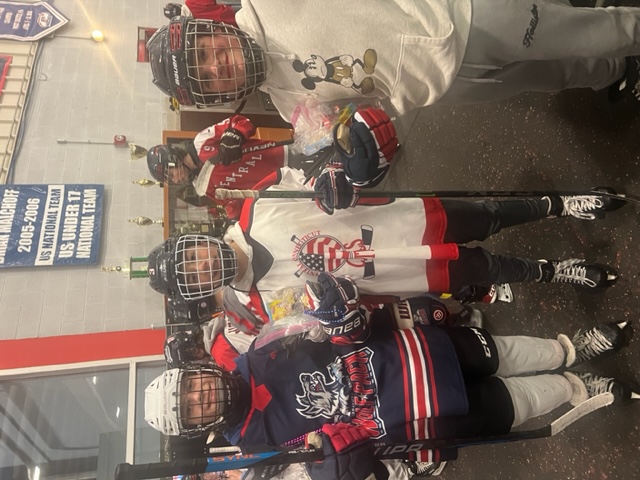 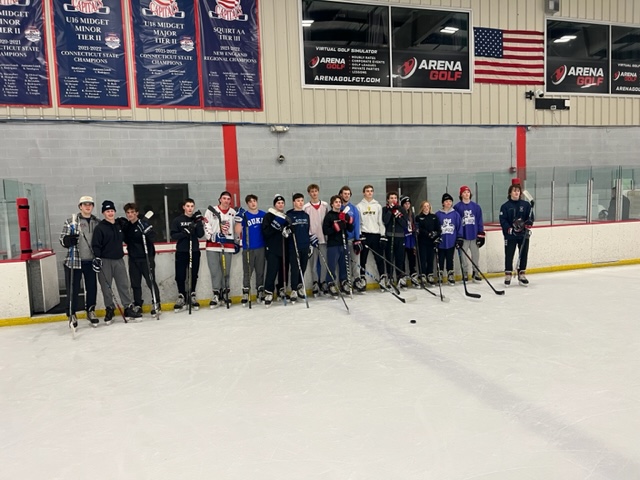 Congratulations to the CCYHA U18 team on winning the U18 Tier 2 State Championship!!!!!!!  CCYHA U18 defeated the Wonderland Wizards by a score of 5-4, in overtime, to capture their back to back state title. The U18's will be representing CT at the USA Hockey National Championships in March/April in Maple Grove, Minnesota. Congratulations to players and coaches.

Central Capitals Pee Wee AA won the Gold Medal at the CanAm tournament in Lake Placid, November 3rd thru 6th.  After a slow start, a 1-1 Tie with the Manchester Flames, the Capitals turned it up a notch and got rolling with an 8-0 win over the Minuteman Flames, a 7-1 win over the Valley Jr Warriors, and an 8-2 over Top Gun Hockey to advance into the Gold Medal game and a rematch with the Manchester Flames. Before the Gold Medal game would take place, the boys participated in the Skills Competition and represented Central well. Griffin Fink stopped all six shots he faced to win the Goalie competition. Max DeFilio buried four out of six breakaways to win the Shootout competition. And the relay team of Braeden Smith, Colin Rahmann, Jackson Faber and Nate Gaydos finished in 2nd place overall after three very impressive races. Back on the 1980 Rink in Herb Brooks Arena, home of the greatest upset in sports history when the 1980 USA men’s hockey team upset the mighty Soviet Union, the Capitals took on the Manchester Flames for the Gold Medal. The Capitals Pee Wee AA team got on the scoreboard first with a goal by Luke DeFilio at 5:01 of the 1st period with assists to Ted Majewski and Jackson Faber. A powerplay goal at 1:07 by Jaxon Richard, assist by Max DeFilio made it 2-0 for the good guys. Then late in the 1st period, the tournament’s leading scorer, Braden Linskey, buried the puck in the net to give the Capitals a 3-0 lead after one period. A scoreless 2nd period meant there were 12 minutes standing in the way of the Gold Medal. A great defensive effort and a stunning kick save by Fink kept the Flames off the scoreboard. Ryan Jennings finished the scoring with a slapper from the blueline to secure the Gold. Congratulations to the players and Coaches of the Gold Medal winning Central Capitals Pee Wee AA team!

Central CT Youth Hockey is made up of 432 members representing 55 towns across the state.

Below is the breakdown of our membership: